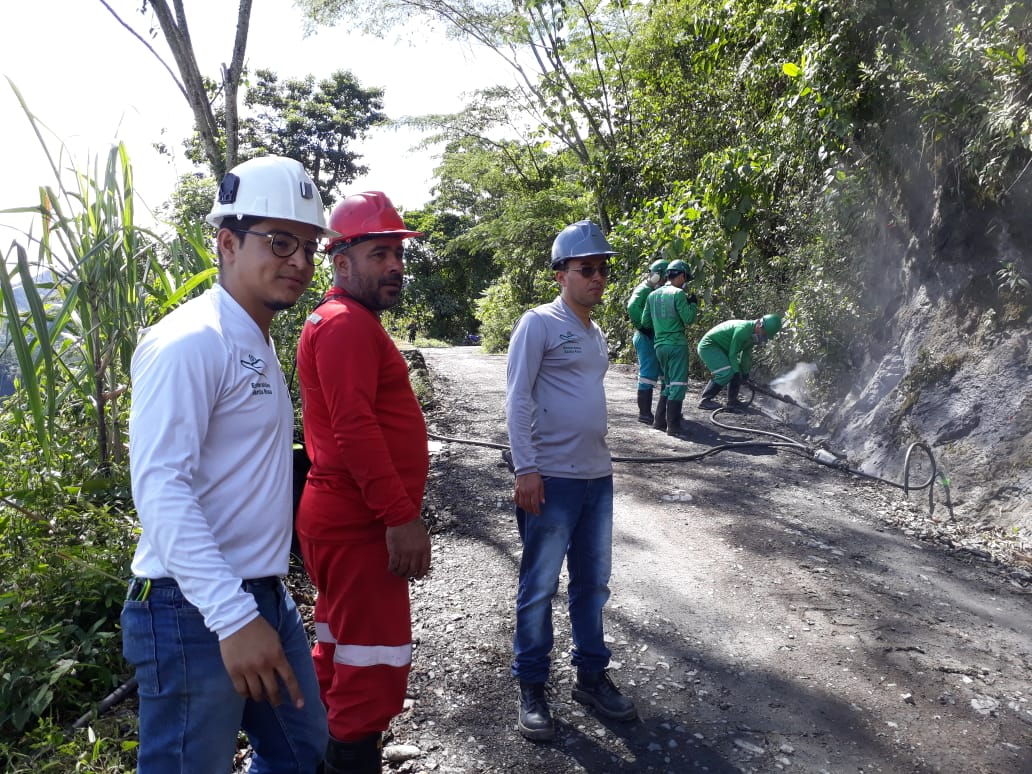 Esmeraldas Santa Rosa, concerned about the mobility and traffic about the people of the La Carrera point and the citizens who daily use the road access that goes from Maripí to Muzo, carried out the maintenance in several road points.

This contribution being so significant, from now, after the works executed in the extension of the Maripi – La Vega road, in an important support between the City Hall, Esmeraldas Santa Rosa and the important efforts of the Mayor of Maripi Eduar Triana, they will be able to start the paving works in the stretches and points intervened with the resources destined by the Government.

The contribution of Esmeraldas Santa Rosa was not limited only to financial support but also to the loan of machinery to adapt the specific width of the Maripí-Muzo road.

According to Henry Sanchez, Social Manager of the company, this advance was also possible because the necessary permits were obtained with the corresponding government entities. “This initiative will undoubtedly contribute significantly to the progress of the community,” he added.